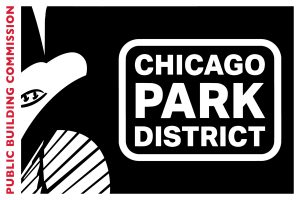 “Some of our field houses are more than 100 years old,” Mayor Emanuel said. “This is why ‘Save Chicago’s Treasures’ is so critical. Maintaining the city’s historic neighborhood gems are the essential investments that improve the quality of life for residents, build strong neighborhoods and create a better Chicago.”

The program will be paid for by Illinois Department of Natural Resources (IDNR) grant funding and Park District capital funds. The state grant funding had been frozen since 2015, but is now available after being released by the state of Illinois.

“Thanks to the strong advocacy and support of the elected officials represented today, we are able to maintain our existing facilities for the families in our communities,” said Kelly. “While prior year grants are now being honored, the future of these grant programs remains uncertain. We must continue advocating to retain these important programs and to obligate funds for park improvement projects in future year budgets.”

While the scope of each project varies, planned work involves major rehabilitation, including roof restoration, masonry improvements and ADA accessibility.

“Residents of the 37th ward are excited for the field house and pool improvements coming to La Follette Park,” Alderman Mitts said. “It has been an Austin community staple for more than 80 years that is heavily utilized.”

“These funds are much needed to improve neighborhood assets in the 4th Senate District,” State Senator Kimberly Lightford said. “These are the places where communities gather and children play. We must keep them maintained.”

“Today is a perfect partnership between the city and the state for families in the Austin Community,” State Representative La Shawn Ford. “Austin has suffered from the state’s non budget and lack of profits have and continue to close their doors, so investing in historic community parks is a wise investment of tax payers dollars. I commend the Mayor and the Chicago Park District for listening to the community and answering the call to make the necessary improvements to public parks in Austin.”

In an effort to expedite construction, the Public Building Commission will deliver the capital improvements for many of the “Save Chicago’s Treasures” facilities. Construction will begin this year at some locations, with the expected completion of all projects by the end of 2019.

Mayor Emanuel and the Chicago Park District have been committed to enhancing the quality of life of Chicago residents by providing safe and inviting parks and facilities and creating a park system that prioritizes the needs of children and families.