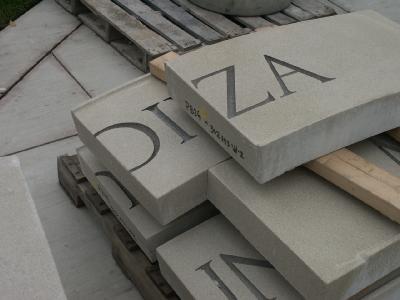 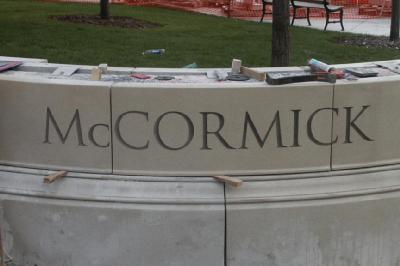 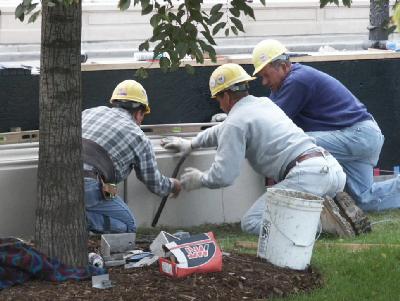 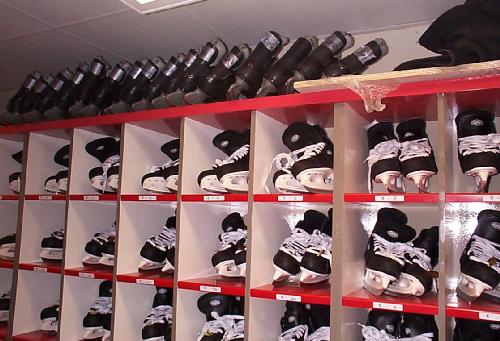 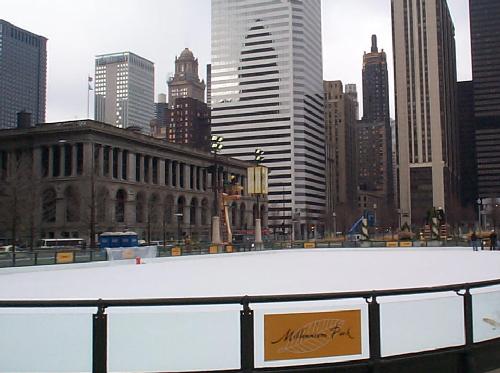 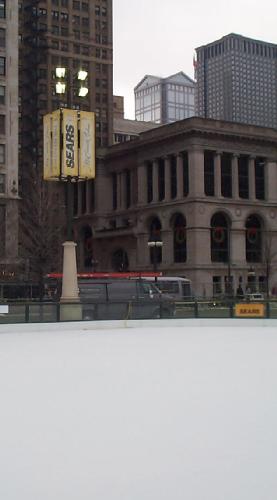 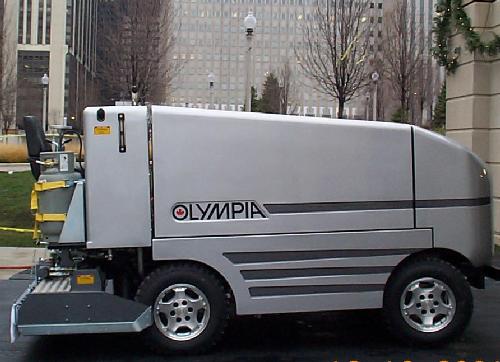 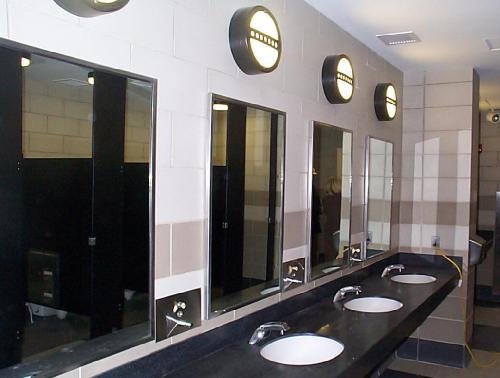 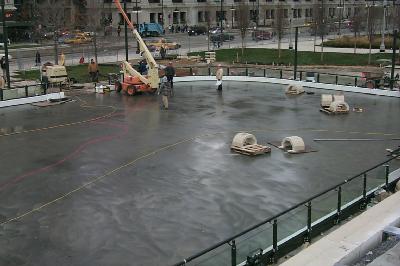 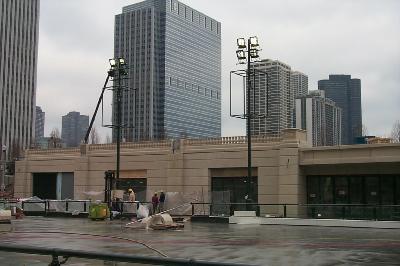 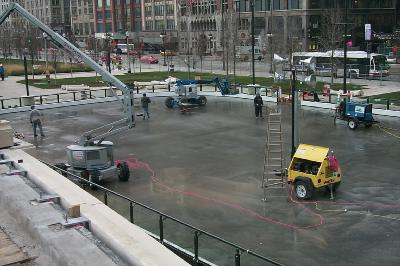 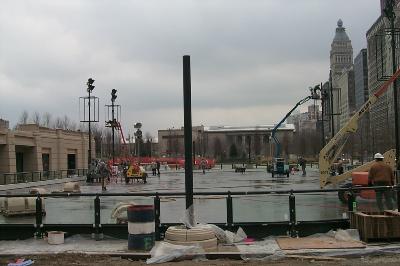 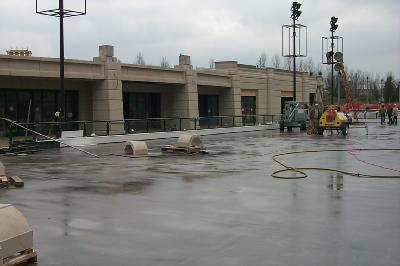 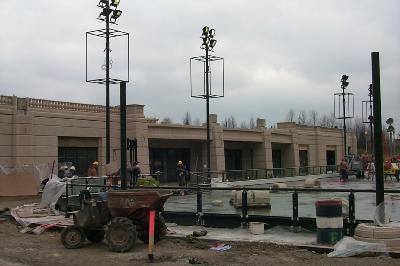 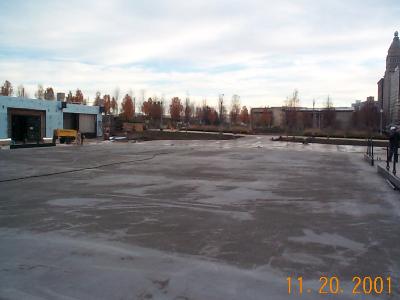 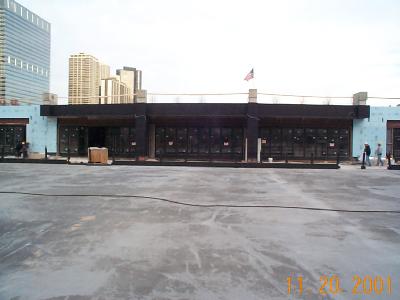 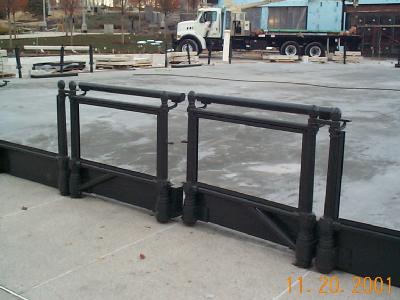 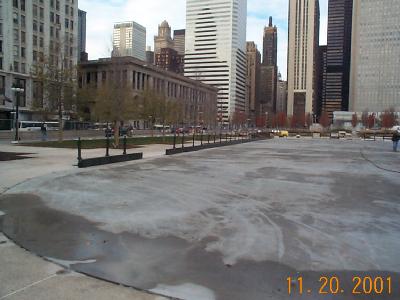 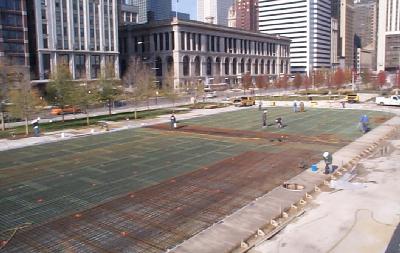 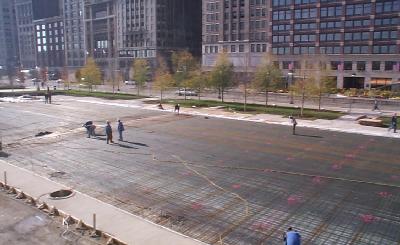 “Today we proudly unveil the first piece of what will become one of the finest recreational and cultural spaces of any city in the world-Chicago¿s Millennium Park.” – Mayor Richard M. Daley

The first attraction of Chicago’s new world-class Millennium Park opened to cheering crowds and fireworks in a star studded celebration on December 20, 2001.

The outdoor ice rink is the first of many major attractions planned for the 24.6-acre park. The rink faces Michigan Avenue between Washington and Madison streets and is free to the public.

Mayor Richard M. Daley was joined in the celebration by John W. Madigan, chairman of the McCormick Tribune Foundation; John Bryan, head of the private donor group that has raised more than $100 million for the park; actress Bonnie Hunt; performers from the Midnight Circus; the Russian Skating Pair Team; Rockettes from the Radio City Christmas Spectacular show; skaters from The Magic of Ice show at Drury Lane; members of the U.S. Olympic Women¿s Hockey team; the Chicago Skates Team from McFetridge Sports Center; the Miniblades Skating team; local skaters Andrea Peters and Alan Berger; and the Santa from “Miracle on 34th Street” at the Oriental Theater.

The ice rink, 200 feet long and 80 feet wide, totals 15,910 square-feet of skating surface. Its construction was funded by a grant from the Tribune Foundation.

Open seven days a week the hours of operation are: 10 am – 10 pm Friday, Monday and Sunday and 10 am – 8 pm Tuesday, Wednesday, Thursday and Saturday. Admission is free. Skate rental is available.

The rink will be used as an outdoor restaurant and activity center during non-winter months.