Home » Board of Commissioners » Avis LaVelle 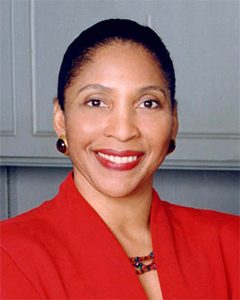 Avis LaVelle is the former VP of Corporate Affairs for Northstar Lottery Group with responsibility for external affairs activities for Northstar and the Illinois Lottery which Northstar managed.  She had oversight for Media Relations, Corporate Social Responsibility, and Employee Volunteer Engagement.

LaVelle founded her firm, A. LaVelle Consulting Services (ALCS) in 2003, and continues to provide a select number of clients with the benefit of her extensive experience in the public and private sectors with the strategies she recommends. Her company was instrumental in market-entry efforts for international firms such as Bombardier, North America and Cintra-Macquarie, operators of the Chicago Skyway.

For ACCESS Community Health Network, LaVelle led communications and outreach efforts that have resulted in mobilizing more than 250,000 African-American and Hispanic women to participate in “Pin-A-Sister Sunday”– a breast health awareness ceremony in their churches on Mother’s Day.

LaVelle’s skills were cultivated as a senior reporter in Chicago, one of the nation’s largest media markets, covering current events and political campaigns of significant local and national importance.

She later became Press Secretary to Mayor Richard M. Daley with oversight for more than two-dozen city departments and strategic and crisis communications for major initiatives such as workforce privatization, the Lake Calumet Airport and the Chicago Flood.

LaVelle left the Daley administration to become National Press Secretary for the Clinton/Gore presidential campaign. In that role, LaVelle designed and implemented grassroots community outreach strategies to inform members of multiple ethnic and geographic constituencies on campaign activities through strategic use of community and foreign language print, radio and television.

Following the campaign, LaVelle became U.S. Assistant Secretary for Public Affairs under the Clinton Administration. There LaVelle supervised a staff of more than 500 communications professionals at the U.S. Department of Health and Human Services and directed the rollout of major national health marketing initiatives such as the Childhood Immunization Program and the FDA’s Food Nutrition Labeling initiative under Secretary Donna Shalala.

LaVelle has also been a senior executive of private sector entities such as Waste Management, Inc. and University of Chicago Hospitals (UCH); She had responsibility for communications, community and media relations and advocacy for such major initiatives as the marketing rollout of the Blue Bag Recycling program; health care funding advocacy, and community relations for land acquisition.

Avis holds a master’s degree in Business Administration from the Keller School of Management and bachelor’s degree in Communications from the University of Illinois, Urbana. She lives in the Hyde Park community with husband, Osekre and son, Robert.