Home » Board of Commissioners » Arnold Randall 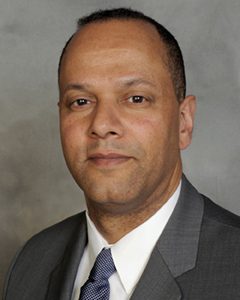 Arnold Randall is the General Superintendent of the Forest Preserve District of Cook County (“FPDCC”). Mr. Randall was appointed to the position by FPDCC Board President Toni Preckwinkle on December 15, 2010.

Mr. Randall previously served as Director of the Office of Civic Engagement at the University of Chicago, where he helped plan and coordinate major public projects undertaken by the University, working as a liaison between the University and the City, neighbors, and other concerned parties. He was also a key part of the Chicago 2016 Olympic Bid Committee’s community outreach team and previously worked as Commissioner of the City of Chicago’s Department of Planning and Development, where he directed the department’s leadership responsibilities for promoting economic development in Chicago by assisting new and existing businesses meet their goals for growth while creating new jobs for city residents.

In addition, Mr. Randall has served in a number of roles with the Chicago Park District between 1995 and 2007, including Lakefront Area and South East Region Manager, Director of Planning and Development and Director of Legislative and Community Affairs.